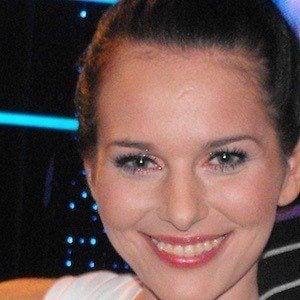 Polish television personality who is known for her work on Must be the Music. Only Music from 2011-2016. She is also recognized for having hosted the annual New Year's Eve Przeplów program.

In 2003, she competed on the reality singing contest Idol.

She was nominated for the Star of Style award at the Great Gala of the Pleiadians in 2016.

She married Piotr Jeżyna in 2011 and the couple welcomed their first daughter in 2016.

She was photographed with Anna Lewandowska in November 2017.