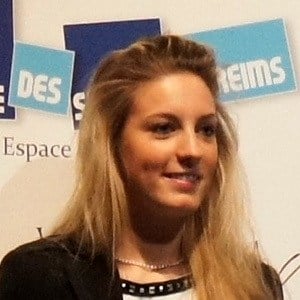 Multi-discipline bicycle racer who competes in road, cyclo-cross and cross-country mountain biking. She's ridden for the UCI Women's Team and the Canyon-SRAM and has been sponsored by Red Bull, Oakley and Stimium.

She was the youngest competitor in the Women's road race at the 2012 Summer Olympics in which she finished eighth.

During the 2015 season aged 23 she became the first person in the history of cycling to simultaneously hold the World road title, World cyclo-cross title and World mountain bike title. She is a five-time elite world champion and a nine-time elite national champion across the various disciplines in which she competes.

She's originally from Reims, France and her parents are Syviane and Daniel Dubau and her brother is Evan Ferrand Prévot.

Pauline Ferrand-Prevot Is A Member Of