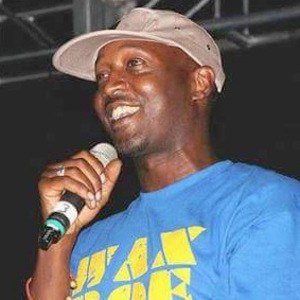 American hip-hop artist who is one of the founding members of the Oakland underground hip-hop collective Hieroglyphics.

He was born in a small town in Mississippi, then moved with his family to Oakland, California when he was a teenager.

He practices martial arts and is vegan.

He has lived in Oakland, California, constantly working on his music career.

He started his music career underground, similar to Eminem.

Pep Love Is A Member Of