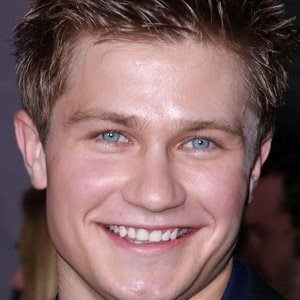 Polish-American actor who became known for his roles in Tatarak and The Winner. He has also had supporting roles in Under the Tuscan Sun and Venom.

He was state champion wrestler and marching band trumpeter at Farmington High School.

In 1996, he appeared in a Furby Commercial and a commercial for the Olympics.

He has four siblings: Barbara, Marcin, Adam and Phil.

He co-starred in the 2008 HBO mini-series, Generation Kill, with Alexander Skarsgard.

Pawel Szajda Is A Member Of