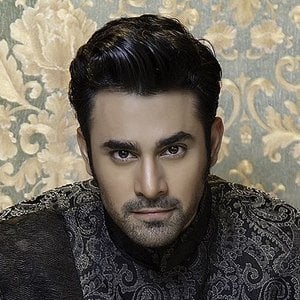 He studied at acting school prior to being cast as Abeer Malhotra.

He's appeared in a wide variety of commercials for companies like Domino's, Pizza Hut, and Zen Mobile.

His father cut him off after his decision to become an actor, wanting him instead to join the family business, but he's said he continued to receive the support of his mother.

Pearl V Puri Is A Member Of