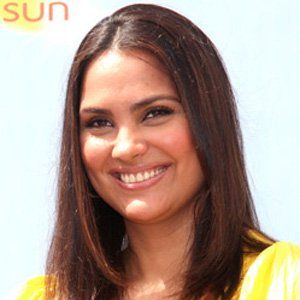 She won Miss Universe 2000 and starred in the Bollywood hits Masti and Houseful. After several modest roles, she broke through with a part on No Entry, and established herself as a star in Bhagam Bhag.

At the Miss Universe 2000 pageant she had the highest score in the swimsuit competition, and her interview portion earned 9.99, the highest possible, from the majority of the judges.

She was born in to a Punjabi-born father, Wing Commander L.K. Dutta, and the British-Indian Jennifer Dutta. In 2011 she married tennis player Mahesh Bhupathi and the couple had a daughter in 2012.

Anil Kapoor co-starred with her in No Entry.

Lara Dutta Is A Member Of