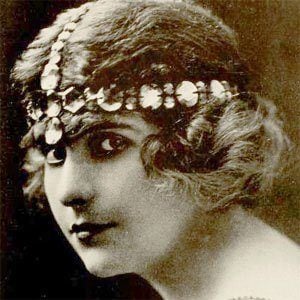 Silent film actress who gained fame for her role in The Perils of Pauline.

She had her first acting role on stage in a production of Uncle Tom's Cabin when she was six.

She earned the nickname the Queen of the Serials during her 14 years in the film industry.

She divorced Wallace McCutcheon, her second husband, in 1920. Her first husband was Victor Sutherland.

He co-starred with Betty Hutton in the 1947 film The Perils of Pauline.

Pearl White Is A Member Of