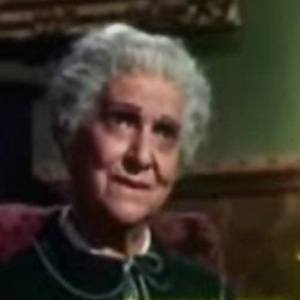 Two-time Academy Award nominee who appeared in Mr. Smith Goes to Washington and It's A Wonderful Life.

She began acting at age seven in a stage production of Little Lord Fauntleroy.

She was nominated for an Oscar Award in the Best Supporting Actress category during the first year of its existence.

Her mother was author Eva Suzanna.

She played the mother of James Stewart in four separate films.

Beulah Bondi Is A Member Of

It's A Wonderful Life
Born In 1889
Movie Actresses
Taurus