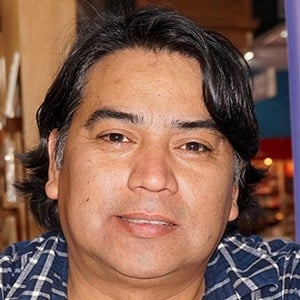 He attended the Catholic University of Temuco where he studied law as well as La Frontera where he earned his degree in Journalism. After completing several internships in Denmark, Spain, and Mexico, he published his first book Solo Por Ser Indios in 2012.

He has won several awards for his work in journalism including the Municipal Prize of Literature of Santiago for non-fiction in 2018 and the Samuel Chavkin Award for Ibero-American Journalism in 2013.

He was born and raised in Puerto Saavedra, Chile.

Fernanda Hansen is a fellow journalist from Chile who is also known for her work presenting on the CNN Chile channel.

Pedro Cayuqueo Is A Member Of