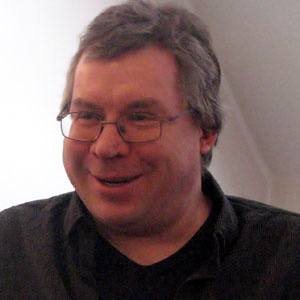 Estonian writer who became active on the literary scene near the end of the Twentieth Century. His controversial works include the short story "Stomachache" and the poem "A Short After-Dinner Speech on the Occasion of the Anniversary of the Republic of Estonia, Having Remained Sitting on the Privy Seat at the Sobering Centre for Too Long."

He made his literary debut in 1988 in an Estonian magazine called Rainbow.

He often worked as a translator, creating Estonian- language versions of the work of authors such as Charles Bukowski and Jack Kerouac.

Peeter Sauter Is A Member Of