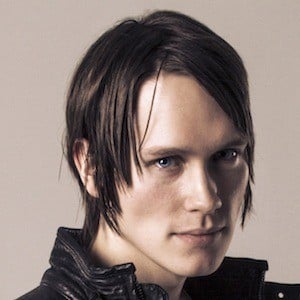 Norwegian metal singer known for his cover songs and vocal range. He both sings and plays instruments for his studio albums, but he tours with a band. He has more than 3.8 million subscribers on YouTube.

He grew up acting in Norwegian TV shows in the 1990s. He was very involved with mixed martial arts as a teenager. His cover compilation of all the Power Rangers theme songs brought him to the forefront, as it was so popular that Saban International released it as an official Power Rangers album.

His return to acting was announced by being cast in 2016 film Creators: The Past.

His full name is Per Fredrik Pellek Åsly. He was born in Norway and earned the most YouTube subscribers of any musician from the country. He began dating blogger Stina Bakken.

He was cast alongside Gerard Depardieu in Creators: The Past.

PelleK Is A Member Of