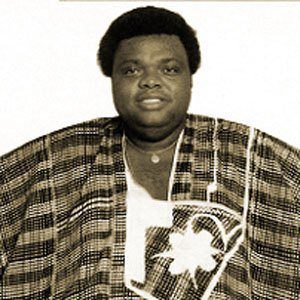 Congolese musician known for his unique, multi-octave vocal range and for his work in the Cuban Rumba sub-genre of soukous music. Over the course of his career, he produced twenty albums and hundreds of songs.

He began his career as a member of an African jazz band called Le Grand Kalle.

His 1990 album Roger Milla was a tribute to the football player of the same name.

His family was from Léopoldville, Belgian Congo.

He and Koffi Olomide were contemporaries and fellow Congolese singers.

Pepe Kalle Is A Member Of