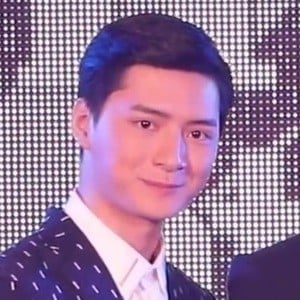 Known as Krist, he is a Thai model and actor known for his work in both film and television. He is most recognized for his role as Arthit in the 2016 series SOTUS: The Series. He is also known for his work on the series Senior Secret Love: Puppy Honey 2.

He attended Kasetsart University where he majored in economics. He first began acting in 2008 when he appeared in the series Wa Wun Run Lek. He made his feature film debut in 2015 as Koh in My Rhythm.

He has won several awards and honors for his acting including the Kazz Award in 2017 for Most Popular New Actor and the Yin Yue Tai V Chart Award for Recommended Artist in 2017.

He won the Favorite Couple award at the 3rd annual Maya Awards in 2017 with Prachaya Ruangroj for their work on SOTUS: The Series.

Perawat Sangpotirat Is A Member Of