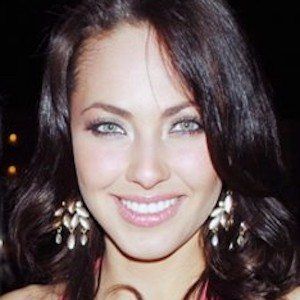 Mexican model and former beauty pageant contestant who was named the Sexiest in the Americas in 2010. That same year she was ranked in the Top 10 of the Face of the Year award.

She competed in the Miss Earth Mexico pageant in 2007.

In 2009, she represented her home country of Mexico in the Miss World pageant.

She is from Sinaloa, Mexico.

She competed against Kim Joo-ri in the 2009 Miss World beauty pageant.

Perla Beltrán Is A Member Of