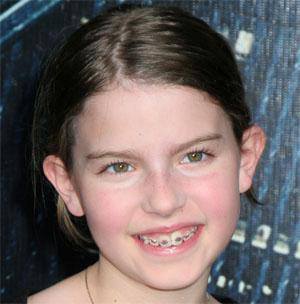 Child actress best known for starring in Dark Water. She also played young B.B. in Kill Bill Vol. 2. She played a Hippie Drug Dealer in Once Upon a Time in Hollywood in 2019.

She started performing in her first commercials as a toddler.

She also had supporting roles in Spider-Man 3 and Untraceable. She was nominated for a Saturn Award for Best Performance by a Younger Actor for Kill Bill Vol. 2.

She has a younger brother named Lux.

She co-starred in the 2005 thriller Dark Water with Jennifer Connelly.

Perla Haney-Jardine Is A Member Of