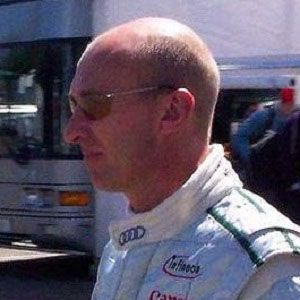 British race car driver most famous for playing the masked driver The Stig on the first two seasons of the BBC series Top Gear. He raced in Formula One in the early '90s and competed in the 24 Hours of Le Mans five times.

He was born in Stepney, East London and worked his way through the ranks of European racing, competing in Formula Ford among others.

He published his autobiography, Flat Out, Flat Broke: Formula 1 the Hard Way!, in 2002.

He has three children. He began dating his girlfriend Karen in 2016.

He and Ben Collins have both played The Stig on Top Gear.

Perry McCarthy Is A Member Of