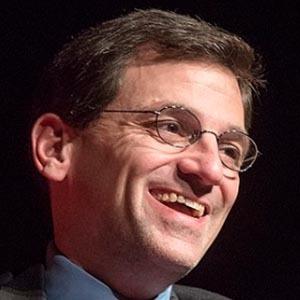 Political journalist who has served as the Chief White House Correspondent for The New York Times. He previously spent 20 years as a reporter for The Washington Post, where he covered the presidencies of Bill Clinton and George W. Bush.

He graduated from Oberlin College in 1988.

He is the author of several political books, including Days of Fire: Bush and Cheney in the White House (2013) and Obama: The Call of History (2017).

He married journalist Susan Glasser in 2000. He has a son named Theodore.

He co-authored The Washington Post's first story about the Monica Lewinsky scandal.

Peter Baker Is A Member Of