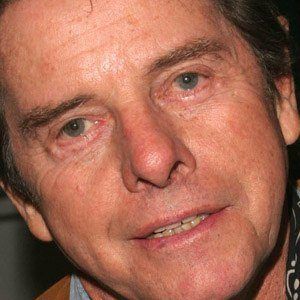 Longtime TV actor who had his breakout role as Deputy Johnny McKay in the series Lawman.

He lived in Alaska while serving in the US Army and would entertain fellow troops by writing, directing, and acting in plays.

He also had longstanding roles on One Life to Live and Laredo.

Peter Brown Is A Member Of