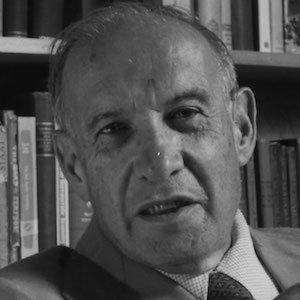 Remembered for his key role in the development of modern business management practices, Drucker penned nearly forty books on the subject and also wrote for the Wall Street Journal. He was the 2002 recipient of the United States' Presidential Medal of Freedom.

After writing for The Austrian Economist and the Daily Frankfurter General-Anzeiger, he received a law degree from the University of Frankfurt and subsequently worked for a London-based bank.

Over the course of his distinguished teaching career, he was affiliated with Bennington College (during the 1940s); New York University (from 1950 until 1971); and Claremont Graduate University (until his death).

A native of Vienna, Austria, he grew up as the son of Jewish-born, Christian (Lutheran)-convert parents named Adolf Drucker (an attorney) and Caroline Bondi (a one-time medical student). After marrying Doris Schmitz, he settled permanently in the United States, where he and Schmitz raised their four children.

He and fellow author Subir Chowdhury both rose to fame as management experts.

Peter Drucker Is A Member Of