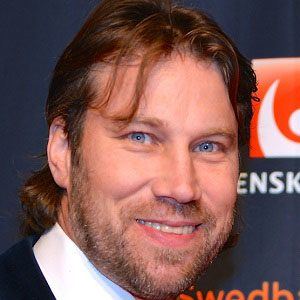 One of NHL's greatest set-up men, he retired fourth all-time on the list of top average assists-per-game. He won two Stanley Cups as a member of the Colorado Avalanche in 1996 and 2001.

Along with his two Stanley Cups, he also won an Olympic gold and World Championship gold with Sweden's national team.

He married Nicole Nordin and he has two children named Lily and Lennox.

He played on a line with Joe Sakic on the Colorado Avalanche.

Peter Forsberg Is A Member Of