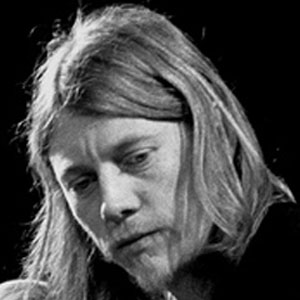 Swiss bandleader and jazz percussionist who founded the Family of Percussion (FOP) band in 1977.

He toured Europe with the music group, Tremble Kids, in the early years of his career.

He recorded several jazz LPs with Duke Ellington in the early 1960s.

He was born in Zurich, Switzerland. Between 1966 and 1997, he had four children named Brooks, Maya, Jonas, and Anna.

He played Big Band music with the Claude Bolling Sextet during the 1960s.

Peter Giger Is A Member Of