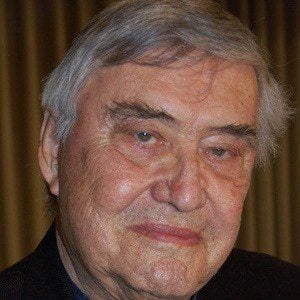 A German author, poet, and children's writer, he is best known for Das war der Hirbel, a work that deals with childhood struggles, and for Oma, a children's novel that discusses the topics of aging and death.

He studied art before working as a journalist. He published his debut poetry collection in 1953.

His autobiographical work, Nachgetragene Liebe, deals with his childhood memories of his father.

His father died in a Russian POW camp in 1945, and his mother committed suicide a year later.

He wrote a fictionalized biography of musical composer Franz Schubert.

Peter Hartling Is A Member Of