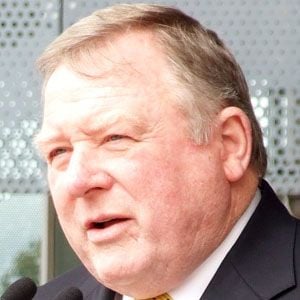 Australian broadcast journalist who has become one of his country's most respected news men over the course of his four decade-long career. He began serving as a news anchor on Nine News Melbourne in 1998.

He got his start in the news media with the 4BH radio station in 1965.

He is known for his many contributions to animal charities, including the Dogs Victoria organization and the Lort Smith Animal Hospital.

He came out as gay in an April 2008 article in the Herald Sun.

He and Karl Stefanovic have both been anchors on Australia's Nine News network.

Peter Hitchener Is A Member Of