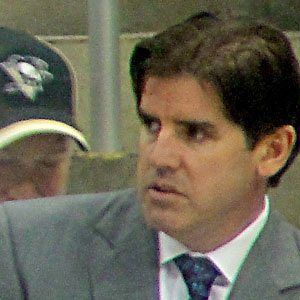 NHL coach who led the Carolina Hurricanes to a Stanley Cup Championship in 2006.

He only played 12 games in the NHL, all for the New York Rangers.

He had a great coaching track record in the AHL which eventually led to an assistant coaching job with the Boston Bruins.

He has two sons, Peter III and Jack, and one daughter, Elisabeth, with his wife Kristen.

He coached All Star center Eric Staal on the Carolina Hurricanes from 2005 to 2009.

Peter Laviolette Is A Member Of