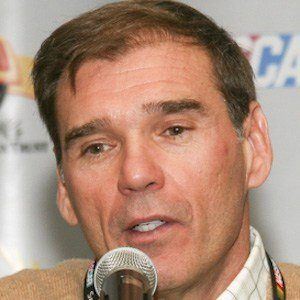 Former race car driver and crew chief for Jeff Gordon, he has since become a consultant for Hendrick Companies. He also founded Evernham Motorsports and has worked as an analyst for ESPN's NASCAR coverage.

He began his career as a modified racer but was forced out of racing after a crash in 1993 left him with a damaged brain stem and depth perception impairment.

In 2014, he became the host of the Velocity series AmeriCARna.

He married race car driver Erin Crocker in 2009. He has a son named Ray and a daughter named Cate.

His career as a crew chief began in 1991 when he began working with Alan Kulwicki.

Ray Evernham Is A Member Of