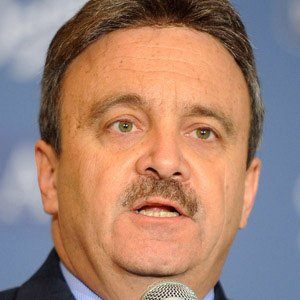 General Manager of the L.A. Dodgers who used to manage the San Francisco Giants.

He began his career with the Chicago Cubs working in the media relations department.

He was the only general manager of the Dodgers that consistently won more games each year.

He set up his home in Los Angeles. In June 2021, he posted pictures of his son and daughter on his Instagram account. His wife's name is Gayle.

He was induced into the Triton College Sports Hall of Fame along with Kirby Puckett.

Ned Colletti Is A Member Of