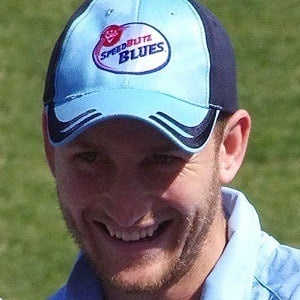 Australian wicket-keeper who's represented his country at both the Test and T20 levels. In 2016, he set a record for the slowest partnership in the history of Test cricket, combing with Steven O'Keefe to score just four runs off 174 balls.

He played for the Australian under-19 cricket team as a wicket-keeper. He made his Test debut during the 2015 Ashes and recorded seven dismissals in his first match.

He is from Australia. His father's name is Jeff.

In a 2017 Big Bash League match, his cheekbone was broken by a bat that slipped out of the hands of Brad Hodge.

Peter Nevill Is A Member Of