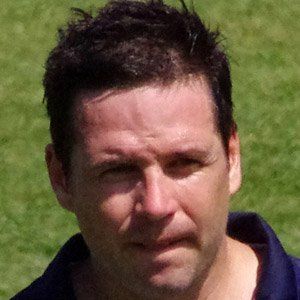 Middle order batsman who made his domestic debut in 1993 for Victoria. He played for them until 2012, setting a club record with more than 10,000 runs in the Sheffield Shield.

He attended St. Bede's College. He didn't play international cricket until 2005, when he made both his Test and ODI debuts.

He played in only six Tests but finished with an average over 55, aided by a high score of 203 not out against South Africa.

He was born in Sandringham, Victoria. He has a son named Jesse and a daughter named Sophie with his wife Megan.

He was once accused of cheating by Dominic Cork.

Brad Hodge Is A Member Of