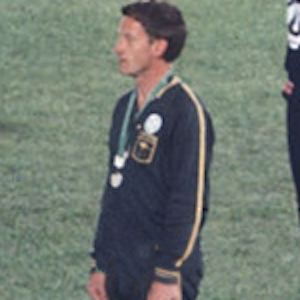 Sprinter famous for wearing a human rights badge during the podium ceremony at the 1968 Olympics in support of his American podium-mates who joined in a black power salute.

He was educated at the Southport School in Queensland, Australia.

He was a five-time Australian 200-meter champion.

He grew up in Coburg, Victoria, Australia.

John Carlos and Tommie Smith were the two African-American men on the 200-meter Olympic podium who saluted in protest of the civil rights turmoil in the United States at the time.

Peter Norman Is A Member Of