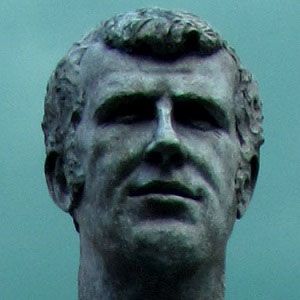 English soccer star nicknamed "The King of Stamford Bridge" who is remembered for his years as a member of clubs like Chelsea, where he played from 1964 to 1974. He played for England at the 1970 FIFA World Cup and was the top goal-scorer in the UEFA Cup Winners' Cup in 1972.

He was born in Windsor and began his professional career at age seventeen.

He had a cameo in the 2004 film The Football Factory.

He was survived by his third wife Lynette.

He played alongside English captain Bobby Moore at the 1970 FIFA World Cup.

Peter Osgood Is A Member Of