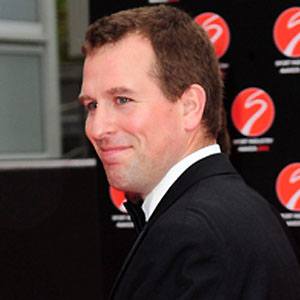 Not known by any particular royal title, this grandson of Queen Elizabeth II and nephew of Prince Charles was born to Princess Anne and Captain Mark Phillips.

After studying sports science at the University of Exeter, he found employment at both Williams Grand Prix Engineering Ltd. and Jaguar Racing.

He and his sister, Zara Phillips, grew up largely shielded from the public eye.

In 2008, he married a Canadian woman named Autumn Kelly; they welcomed daughters Savannah and Isla in 2010 and 2012, respectively.

Following the 1997 death of Princess Diana, he offered a great deal of support to his slightly younger first cousin, Prince William.

Peter Phillips Is A Member Of