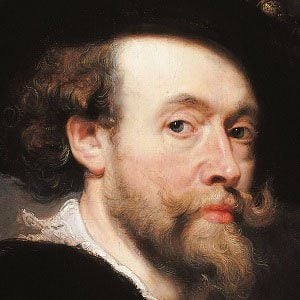 One of the most famous artists of the 16th and 17th-century Flemish Baroque and Catholic Counter-Reformation movements, he is remembered for his allegorical, religious, mythological, and historical paintings, as well as for his landscapes and portraits.

He studied art in Antwerp, eventually becoming a master painter in the city's Guild of St. Luke. He later received further artistic training in Italy, where he was deeply influenced by the work of Caravaggio, Raphael, and Michelangelo.

The son of writer Maria Pypelincks and magistrate Jan Rubens, he spent his youth in Germany (then the Holy Roman Empire) and Belgium (then the Spanish Netherlands). His surviving works include drawings and paintings of one of his eight children, Nikolas; his first wife, Isabella Brant; and his second wife, Helena Fourment.

His lifetime overlapped with that of the famous Dutch Golden Age painter Rembrandt van Rijn (known mononymously as Rembrandt).

Peter Paul Rubens Is A Member Of