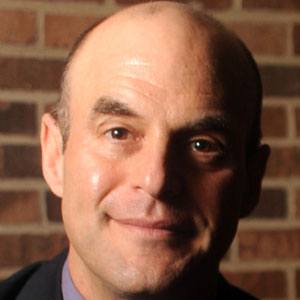 An actor, journalist, and writer for the stage and screen, he became known as the host of the National Public Radio quiz show, Wait Wait. . . Don't Tell Me! His play, Denial, premiered at New York's Metropolitan Playhouse in the spring of 2007.

Before beginning his writing career, he attended Harvard University. He also appeared on the popular game show, Jeopardy!, in 1988, finishing in second place.

Before taking the helm at Wait Wait, he managed a regional theater and wrote for both a travel publication and a motorcycle magazine.

He was born in Berkeley Heights, New Jersey. He later had three children with his wife, Beth Albrecht.

Peter Sagal Is A Member Of