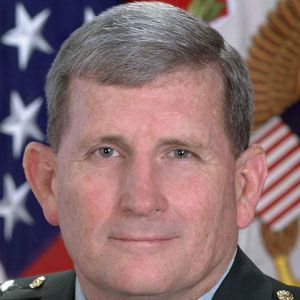 He graduated from West Point and became Commander of the Delta Force unit at Fort Bragg.

He was part of the infamous 1980 mission to save American hostages in Iran.

He was born into a military family in Detroit, Michigan.

He and Carl Stiner both held terms as U.S. Army Chief of Staff.

Peter Schoomaker Is A Member Of