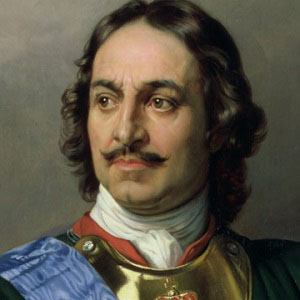 Also known as Peter I and Pyotr Alexeyevich, Peter the Great ruled both the Russian Tsardom and the Russian Empire and led an Enlightenment-influenced cultural revolution in his native Russia.

He became Tsar when he was just ten years old.

The Russo-Persian War occurred during his reign.

The son of Tsar Alexis I and Natalya Naryshkina, he was born in Moscow, Russia. His marriages to Eudoxia Lopukhina and Martha Skavronskaya (Catherine I of Russia) produced a total of fourteen children (eight sons and six daughters).

Peter the Great is mentioned in several of Alexander Pushkin's poems and novels.

Peter the Great Is A Member Of