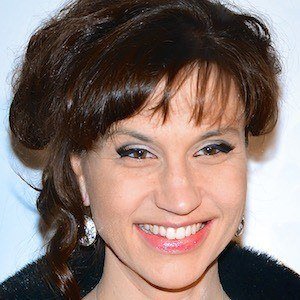 Co-host of the 2016 Eurovision Song Contest who previously hosted the competition in 2013. She is a comedian and television presenter who has also twice hosted Melodifestivalen.

She was a presenter for Stockholm Live in 2007 and was a team member of the panel game show Parlamentet beginning that year as well.

In 2009, she was voted Sweden's best female comedian.

She and Graham Norton co-hosted the Eurovision's Greatest Hits concert show in 2015.

Petra Mede Is A Member Of