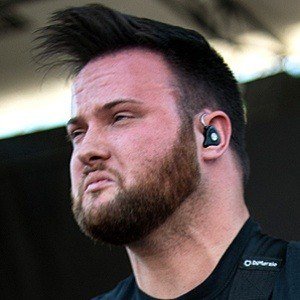 Rhythm guitarist of the deathcore band Whitechapel that released a top 10 Billboard charting album called Our Endless War in 2014. He previously performed in a band called Redwinterdying.

He began playing the bass when he was 14 years old, and took up the guitar at 16. He played with local bands early in his career before helping found Whitechapel when he was 20.

He was born and raised in Maryville, Tennessee.

He performs alongside Phil Bozeman in Whitechapel.

Alex Wade Is A Member Of