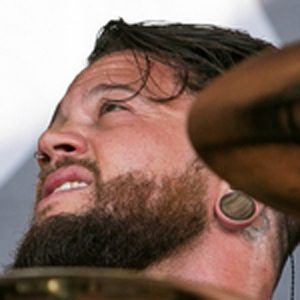 Member of the heavy metal/deathcore band Whitechapel who wound up replacing Kevin Lane in the group. Whitechapel released 3 Top 50 Billboard charting albums in 2010, 2012 and 2014.

He previously performed in a band called Knights Of The Abyss before joining Whitechapel in 2011.

He offers drum lessons both online and in person.

He began a relationship with Krissy Mae Cagney.

He performs alongside guitarist Alex Wade in Whitechapel.

Ben Harclerode Is A Member Of