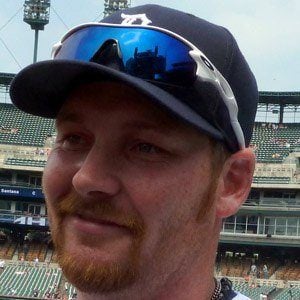 Left-handed MLB pitcher who made World Series appearances with the New York Yankees and Detroit Tigers. He won a title with the Yankees in 2009.

He signed with the Yankees after being drafted by the team in the twenty-sixth round in 2002.

He set a World Series record with seven consecutive strikeouts during his 2012 appearance with the Tigers.

He married a woman named Bobbie.

He won a World Series ring alongside Alex Rodriguez as a member of the 2009 New York Yankees.

Phil Coke Is A Member Of