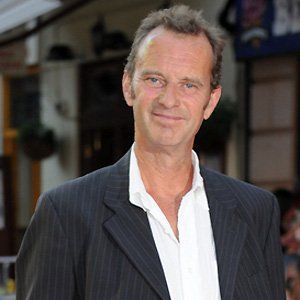 Comedian and actor well known for his role in the UK television series Dead Ringers. He is also known as the voice of Murdoc Niccals in the animated band Gorillaz.

He had his first television role on a 1987 episode The Corner House.

He has had recurring television roles in King Arthur's Disasters, Dead Ringers, and Meg and Mog.

His has four children with his wife Amy: Freddy, Leila, Stan and Molly-Rose.

He shared the screen with Scarlett Johansson in the 2006 comedy, Scoop.

Phil Cornwell Is A Member Of