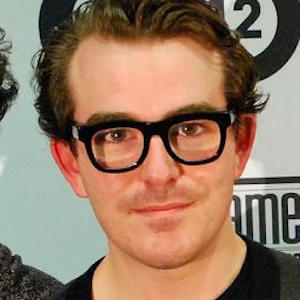 Independent video game designer who reached the public eye through the 2012 documentary Indie Game: The Movie and for his platform game Fez, released by his own company Polytron Corporation. In July 2013 he announced that he was quitting the industry over long-time mistreatment by the gaming world in general.

He played a lot of Nintendo games while growing up and graduated from 2004 the National Animation and Design Centre in Montreal in 2004. In 2006 his school awarded him the Artificial Mind and Movement Award for Best Cut-Scene and he was hired to design the tie-in games for the 2007 film The Golden Compass. He then co-founded indie game design conglomerate Kokoromi. In 2008 he created the idea for Fez and founded Polytron Corporation.

His decision to quit the gaming industry came when a video game journalist called Marcus Beer trashed him and his game on his show. He exploded at the host on Twitter and the fight escalated quickly and he announced his withdrawal from the industry. In July 2014 he announced that Polytron's new business venture would endeavor to help indie games get off the ground.

His given name is Philippe Poisson and he was born and raised in Montreal. After quitting video game design, he moved to Nashville, Tennessee.

He supported the women dragged into the GamerGate terror in 2014 like game streamer and television actress Felicia Day.

Phil Fish Is A Member Of