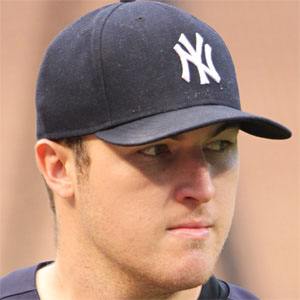 MLB pitcher who signed with the Minnesota Twins in November, 2013 after playing the first 7 seasons of his career with the New York Yankees.

He pitched a perfect game while playing for Foothill High School in Santa Ana, California. He was named a first-team High School All-American both his junior and senior seasons, posting ERAs of 0.78 and 0.69 respectively with a combined 21-1 record.

He was born in Mission Viejo, California.

He was a member of the Yankees' 2009 World Series Championship team; outfielder Hideki Matsui was named World Series MVP.

Phil Hughes Is A Member Of