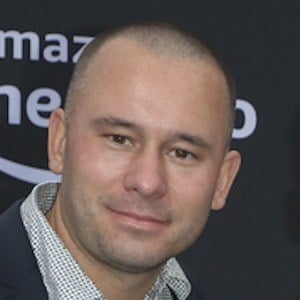 Business executive, producer, and entrepreneur known for being the President of Management at Roc Nation, the entertainment firm founded by Jay-Z. He is also known for being an Executive Producer on the competition series American Idol.

He began his career as an assistant tour manager for Britney Spears. His experience in television began when he helped Demi Lovato throughout her time on The X Factor (US). He first began working with Roc Nation in 2015 after he was listed on Billboard's Power 100 list the same year.

He was profiled and interviewed in an article for Variety Magazine in April of 2018. He earned a Golden Globe Nomination for Best Song for his client Nick Jonas' song "Home" from Ferdinand.

He was born and raised in State College, Pennsylvania.

He is known for having been the long time manager of Demi Lovato and starred in her YouTube documentary series "Simply Complicated".

Phil McIntyre Is A Member Of