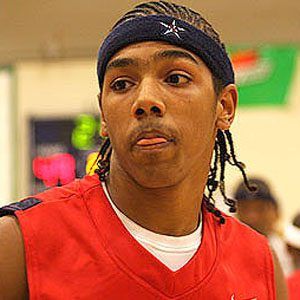 Point guard who began his NBA career with the Boston Celtics in 2013 after a stellar collegiate career at the University of Missouri. His father Paul Pressey was an NBA small forward in the 1980s and early '90s.

He was named a Texas Association of Basketball All-state selection during his senior year at the Episcopal School of Dallas.

He was named the SEC Preseason Player of the Year and also became Missouri's captain in 2012.

He played alongside his older brother Matt for two years with the Missouri Tigers.

He became teammates with forward Jeff Green on the Celtics in 2013.

Phil Pressey Is A Member Of