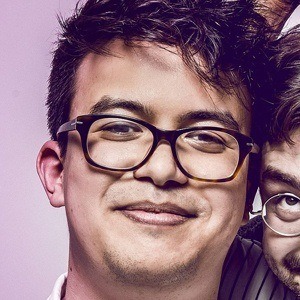 Stand-up comedian who's best known as a member of the British sketch comedy group, Daphne. He's also appeared in places such as The Rob Brydon Show, Comedy Up Late, Have I Got News for You and About Tonight.

He used to write for The Guardian. He was president of Cambridge Footlights.

He won both the 2010 Chortle Student Comedian of the Year Award as well as the Comedy Central's Funniest Student Award in 2011.

He's originally from London, but is also of Malaysian descent.

He appeared in the Rob Brydon Show on BBC 2.

Phil Wang Is A Member Of