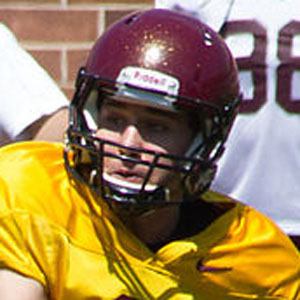 Quarterback who joined the University of Minnesota in 2012, and transferred to Rutgers University in 2014 to enter a more pass friendly offense.

He attended Mankato West High School, where he was considered a three-star recruit.

In 2011, as a high school senior he was Minnesota's Mr. Football.

His parents are Norma and Pat Nelson.

He is one of the many notable starting quarterbacks for the University of Minnesota, joining the likes of Tony Dungy.

Philip Nelson Is A Member Of