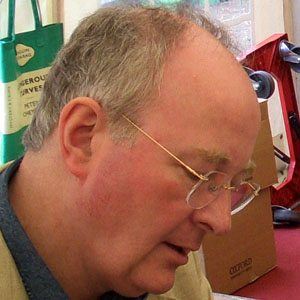 An acclaimed English author of fantasy and young adult fiction, he is particularly known for his bestselling "His Dark Materials" trilogy. The first book in the series, Northern Lights, received the Carnegie Medal and was adapted into a film entitled The Golden Compass.

He graduated from Exeter College, Oxford, in 1968. He later taught at Bishop Kirk Middle School in Summertown, North Oxford.

He published The Good Man Jesus and the Scoundrel Christ, a controversial novel about the (re)imagined life of Christ. He was named one of the Fifty Greatest British Writers Since 1945 by The Times in 2008.

His father, Alfred, was a Royal Air Force pilot who was killed in a plane crash in 1953. Philip Pullman married Judith Speller in 1970.

His writing was highly praised by cultural critic Christopher Hitchens.

Philip Pullman Is A Member Of