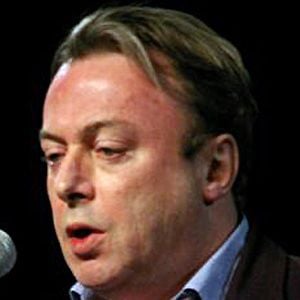 He worked as a journalist for a variety of British publications before moving to America.

He was identified as the champion of the New Atheism movement.

He had two children, Alexander and Sophia, with his first wife Eleni Meleagrou.

He was greatly influenced by Thomas Jefferson's humanist philosophies.

Christopher Hitchens Is A Member Of