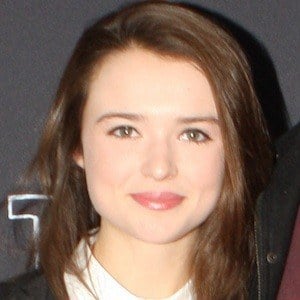 Australian actress most well known for her role as Evelyn MacGuire on the long-running soap Home and Away.

She performed solo and ensemble pieces of theater and film while in high school.

In 2012, she completed her VCE at Melbourne Rudolf Steiner School before attending the University of Melbourne, where she majored in criminology. She did not complete her pursuit of a law degree.

She was raised in the south east of Melbourne with four siblings.

She starred alongside Alec Snow on Home and Away.

Philippa Northeast Is A Member Of