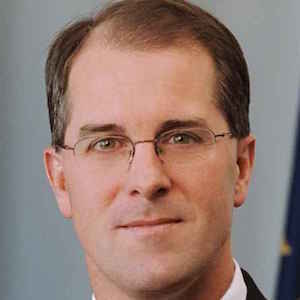 Republican politician who was the Attorney General of Kansas from 2003 to 2007. His law license was suspended in 2013 after the Kansas Supreme Court found that he had committed 11 violations of conduct rules while he was Attorney General

He served in the Kansas House of Representatives from 1992 to 2000.

He was embroiled in controversy when, while investigating possible late-term abortion providers in his state, he was accused of illegally accessing medical records.

He married Deborah Kline and had a daughter who was born in 1992.

He ran for a seat in the U.S. House of Representatives in 2000, but lost to incumbent Dennis Moore.

Phill Kline Is A Member Of